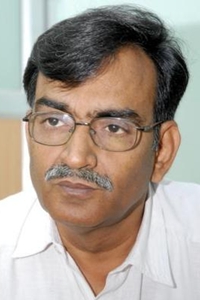 Monday, October 7, 2013
Representation to the Prime Minister of India concerning
Financial Fraud by certain Financial Companies/Chit Funds
Dr. Manmohan Singh
Hon’ble Prime Minister of India
New Delhi
Hon’ble Prime Minister,
Kindly refer to our letter of May 9, 2013 regarding the alarming financial irregularities of Saradha Group, the reply letter of June 2, 2013 of Union Minister of State for Finance  (Expenditure and Financial Services), and our subsequent letter on July 15, 2013 pointing out inadequacy of action on the part of Central Government  against this financial scam.
This inadequacy has now resulted in a situation where despite the massive fraud by this Saradha Group, with closing down of all its offices and default on repayment of at least 17 lakh depositors, no action has yet been taken on the part of the SEBI and the Government of West Bengal to attach the properties of this Saradha Group and for arranging in a  legally appropriate manner disposal of these  properties for repayment of dues to the depositors. Instead, without having any Constitutional and legal basis and in deviation from the Order of the Hon’ble Calcutta High Court (July 26, 2013 page 70), the State Government has just allotted and also released a sum of Rs. 50 crore from the State budgetary resource as grant to the Inquiry Commission recently, set up by the State government itself, for starting payment to a section of depositors (Memo issued by the Home Department, September 23, 2013).  Providing such grant for compensation instead of disposal of assets of the Saradha Group is again violation in terms of reference (No. 8) of the Inquiry Commission itself (Gazette Notification April 24, 2013).
Under these circumstances, we urge upon you to intervene in this matter so that payment to all depositors is made with adequate promptness, by attaching the properties of Saradha Group in accordance with law and as also directed by the SEBI (April 23, 2013) and not by giving grant through the Commission which is not legal, as mentioned above.  This process should start immediately with focus on attachment and disposal of properties, along with punishment for the offending Group.
For completing the entire process, a comprehensive list of properties, including the `banami’ properties, would be essential.  Since this Saradha Group reportedly has properties in several states as well as abroad and since states like Tripura, Odisha and Assam affected by the activities of this Group, have already decided to involve CBI, the government of India should immediately move the Hon’ble Supreme Court, by joining a litigation already being heard in the Apex Court in this matter, in favour of intervention of CBI for investigation under the order as well as supervision of the Hon’ble Supreme Court.  It would be appropriate to forge coordination between the efforts of CBI with those of SFIO and ED and also the State agencies, when required.
Of late, there have been reported allegations by one Trinamul Congress (AITC) Member of Parliament  against another AITC MP for having irregular financial relation with this Saradha Group.  These are all the more reasons for immediate induction of CBI for inquiry with overall supervision of the Hon’ble Supreme Court for reasons of neutrality.
Similar action should be initiated by the Government of India regarding other financial groups/chit funds where frauds have been detected by SEBI or SFIO, with punishment for the offending companies and beginning the process of attachment of properties and disposal in a lawful manner for compensation of the depositors.
Along with the campaign at all levels against the activities of these irregular companies, it is also important for Government of India to bring back the attractiveness of small saving schemes and to  take more expeditious steps for spreading banking network in West Bengal and in several other states.
(Surjyokanta Mishra)                                (Sitaram Yechury)
Leader of Opposition                                   Leader, CPI(M) Group
West Bengal Assembly                                 Rajya Sabha
Copy to : Sachin Pilot, Minister of Corporate Affairs, Government of India, New Delhi
Saradha
West Bengal
chit funds
Memo to Prime Minister
Sitaram Yechury
Surjyokanta Mishra