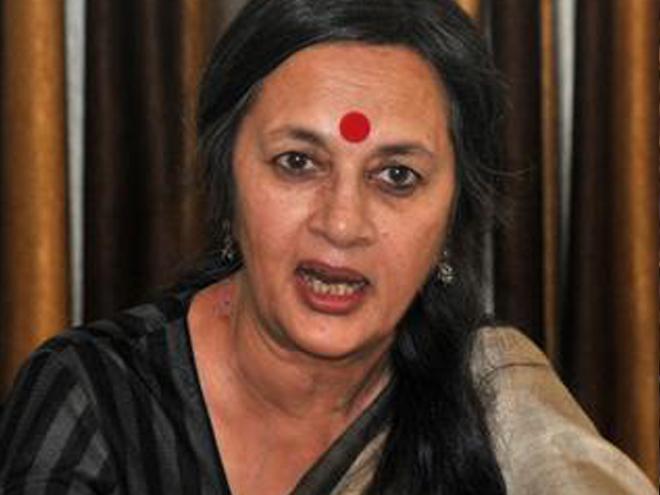 Tuesday, September 3, 2013
Press Release
CPI(M) Polit Bureau Member, Brinda Karat, has addressed a letter to the Union Health Minister, Shri Ghulam Nabi Azad today regarding the irregularities in the conduct of Studies using Human Papilloma Virus (HPV) Vaccine by PATH in India.
****************
Dear Shri Ghulam Nabi Azad ji,
I am writing to you regarding the 72nd report of the Parliamentary Standing Committee on Health concerning the “Alleged Irregularities in the conduct of Studies using Human Papilloma Virus (HPV)Vaccine by PATH in India.” You will recall that the HPV vaccine programme was conducted on thousands of children in Andhra Pradesh and Gujarat who belonged mainly to ST, SC and economically poor households in 2010 who were used as guinea pigs to promote the interests of foreign pharma companies Merck and GSK.
The Standing Committee has made a strong indictment of the concerned department under your Ministry. In Para 6.36  the report says “the whole issue has been diluted and no accountability has been fixed on the erring officials/department for gross violations in the conduct of the study. The committee also feels that a very casual approach has been taken by the department in the matter and that replies lack any concrete action to protect and safeguard the health of our people.”
As Cabinet Minister for Health Affairs, you Sir, cannot escape your own responsibility. Indeed, it is deeply regrettable that in spite of the assurances you made on the floor of the House when these issues, now validated by the Parliamentary Standing Committee were raised by me through a Calling Attention motion you have not taken any action whatsoever against those responsible. I have written to you on several occasions urging you to act, but you have refused to do so. In the light of the report of the Standing Committee, it would be legitimate to ask is it because the health interests of poor adivasi and dalit children have little value for you that you did not act?
Individuals in institutions such as the DCGI, ICMR, NHRM working under your Ministry have in this case been shown to have manipulated, violated rules and regulations and have acted to facilitate the interests of the two foreign pharma companies. If they can act in this criminal manner and compromise the health of children as young as nine years, can they be trusted with taking any other decisions on policy matters? It is true that some of the senior officials who deposed before the Committee on this issue when I was a member of the Standing Committee did frankly express their own criticisms of what happened, but why did they take no action against those concerned?
The question is will you take action at least now on the following?
The most urgent action should be to compensate the children who were made subjects in these irregular trials in gross violation of their rights. Each child should be given a compensation of at least ten lakh rupees which should be levied as a fine by the Government on PATH, the two companies and the promoter, the Gates Foundation. Additional compensation must be given to the families of those children who died during the course of the trial.
1.    Action against officials in ICMR and DCGI for permitting the project in the first place in violation of Rules and then subsequently in the conduct of the project including compromising on the issue of informed consent of the subjects
2.    Action against PATH and blacklisting them for any activity in India
3.    Action against the officials who misused the NHRM logo in Andhra Pradesh.
4.    Timebound inquiry by an impartial agency into the irregular process of granting marketing permissions to the two concerned companies for the vaccines concerned and suspension of the permission till the inquiry is over
I urge you to act without any delay so as to send a strong message to other potential exploiters of India’s poor through such irregular clinical trials.
Brinda Karat
PATH
HPV Vaccine
Azad
Health Minister
Standing Committee