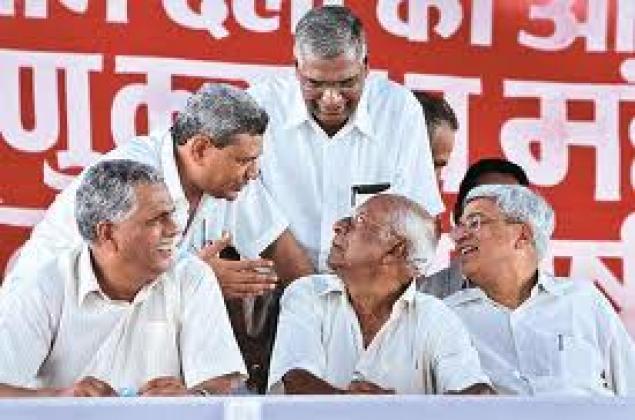 Leaders of the Left parties, the CPI(M), CPI, AIFB & RSP met the Prime Minister today and submitted a memorandum urging the government to take immediate measures to bring a food security legislation in this budget session of parliament, which would provide for a universal public distribution system; ensure 35 kgs of food grains at not more than Rs. 2 per kg and ending the cash transfer scheme for the PDS.

The Left parties had conducted a signature campaign throughout the country and had collected over four crore signatures. Papers carrying these signatures were also delivered at the PM’s office.

The full text of the memorandum signed by the General Secretaries of the four Left parties is given below:

“All over the country, people are suffering from acute price rise especially of food items. At this juncture the issue of food security has assumed critical importance. The Left parties have been conducting a campaign for the past one year for an effective food security law based on a universal public distribution system.

“In this connection, the Left parties have conducted a mass signature campaign all over the country on the following three demands:

“Till February 20, 2013 we have received 4,01,00,273 (four crore, one lakh, two hundred and seventy three) signatures. We are herewith submitting these signatures to you which embodies the popular expectations of the people for an effective food security law.

“We hope your government will take immediate measures to bring the food security legislation on the above lines in this budget session of parliament.”