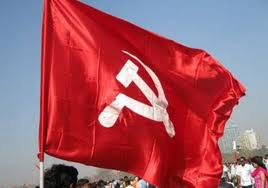 The CPI(M) had submitted its statement of accounts appropriately audited by a Chartered Accountant for the year 2011-12 and also for the previous years  before the Election Commission and Income Tax Department as per the provisions of law.  The CPI(M) had also published the statement of accounts for the year 2011-12 in its website.  The statement of account for the year 2011-12 shows that the total income of the Communist Party of India (Marxist), i.e., the income of the Central Committee, state committees, district committees, zonal/area committees, local committees and branches is Rs. 1,03,84,65,122.  As per CPI(M) Constitution, each member of the Party should pay an amount as levy as prescribed by the Central Committee based on the income of each Party member and has to pay Rs. 2 every year as membership fee.  The income received as levy is Rs. 41,63,37,169 (40.09% of the total income of the Party) and membership fee is Rs. 20,91,262 (0.20%).  At present, CPI(M) has more than one million members.

The Party  received Rs. 52,49,03,619 (50.55% of total income) as voluntary contributions from the Party members, sympathizers and general public.  The donations are collected at ward, village, taluk, district and state levels by Party units such as branches, local committees, area/zonal committees, district committees, state committees and Central Committee.  All Party units are keeping records of their income and expenditure.  All units below the Central Committee are submitting their statement of accounts to the next higher committee and the state committees to the Central Committee for compilation and submission before the Election Commission and Income Tax Department.   Majority of the donors of the Communist Party of India (Marxist) are from the poorer sections of the people  who donate only small amounts and far below Rs. 20,000 or even Rs. 1,000.  The Party has nothing to hide about the details of its income or about the list of donors. The entire income of the Party is from known sources as described above and the accounts regarding the incomes and  expenditures of the Party are kept  as provided by law and Party Constitution by the respective Party units.  But the Party faces practical difficulties  to publish the names and addresses of more than one million Party members and other  millions of donors and their contributions.