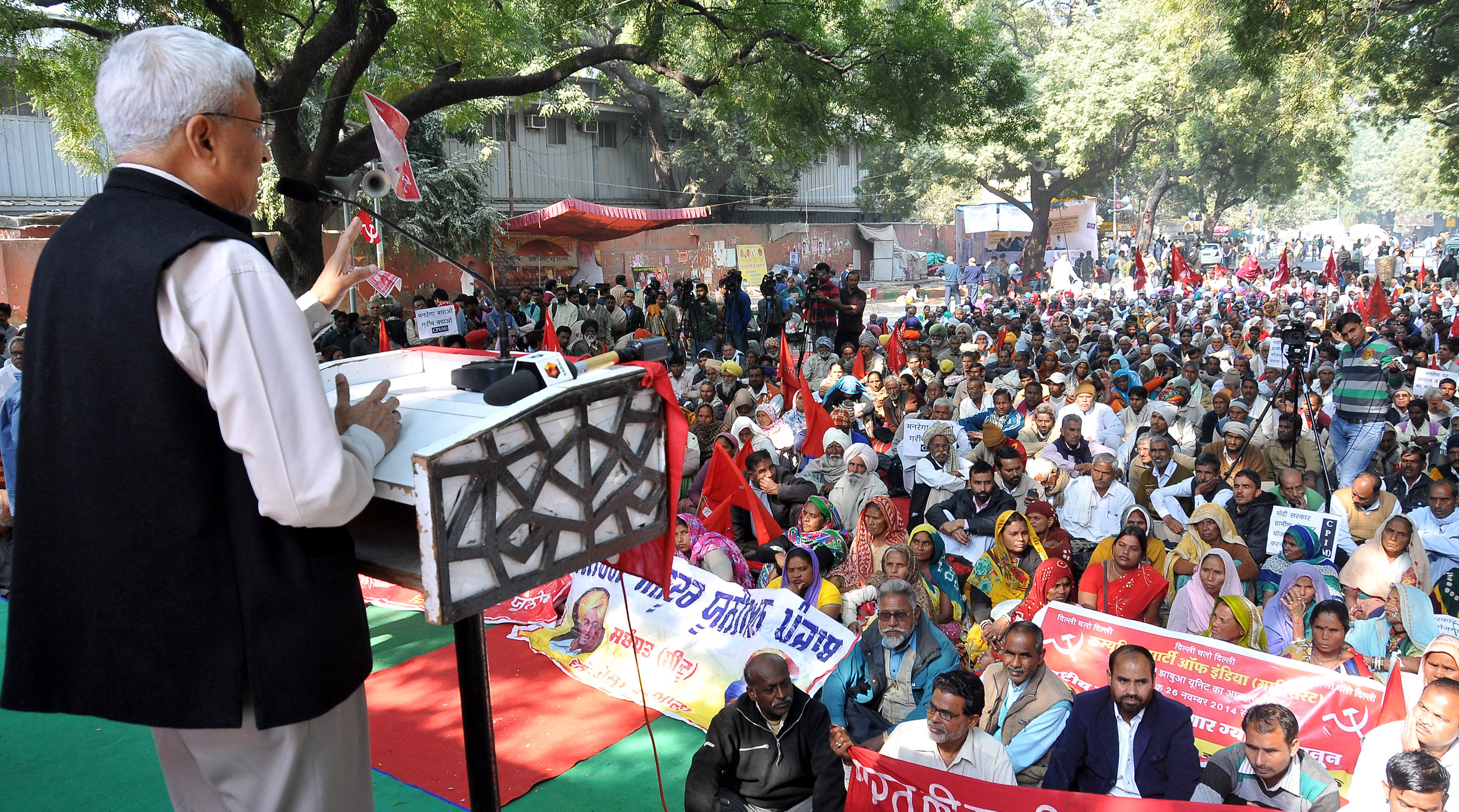 Slogans of `Save MGNREGA, Save the Poor’ reverberated at Jantar Mantar in Delhi today as thousands of MGNREGA workers joined the CPI(M) leadership in their dharna.  Manik Sarkar, Chief Minister of Tripura became the first Chief Minister in the country to have to protest on the street because of the Central Government policy which has deprived Tripura of 50 per cent of its due.

The dharna was inaugurated by Prakash Karat, General Secretary of CPI(M) who said that the Modi government is acting at the behest of the corporates and the vested interests in the rural areas who are now compelled to pay higher wages since the implementation of the scheme. He said that the Party will resist and fight. In West Bengal, 38,000 villages are observing a bandh and in Kerala all over the state demonstration are being held at the panchayat level.

While addressing the dharna, Manik Sarkar said that right from the beginning the vested interests in the rural areas, big landlords, money lenders, big capitalists and corporate houses were opposed to the programme. He attacked the UPA-II government which had started curtailing MGNREGA.  He accused the Modi government of failing to deliver on its promises. The decision to curtail MNREGA will adversely affect Tripura which is the best performing state in this regard. This will not be tolerated he said.

Sudhakar Reddy, General Secretary of CPI, Abani Roy from the RSP and Sharad Yadav from the JD(U) came to express solidarity and addressed the dharna.