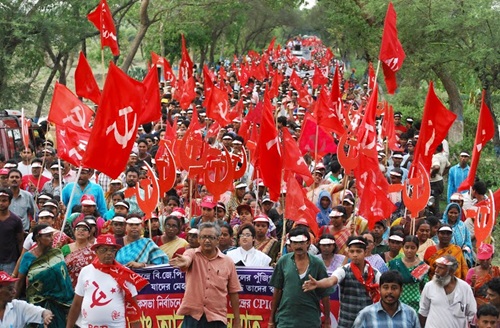 Mamata Banerjee and her party is asking for votes to protect them from investigation in the Saradha scam, alleged CPI(M) Polit Bureau member, Brinda Karat at a public meeting in Budge Budge, in the Diamond Harbour constituency of South 24 Parganas on 6th May.

She reminded the people of the 2002 episode, when Mamata Banerjee had voted against a motion brought up in the Parliament denouncing the role of the Modi government in the Gujarat riots. Mamata had voted in favour of the Vajpayee government thus protecting Modi.

Brinda Karat said that the greatest danger to the nation is the growing strength of the communal forces. Referring to the Muzaffarnagar riots, she said that the RSS is trying to sow seeds of communal hatred and create divisions among the people.