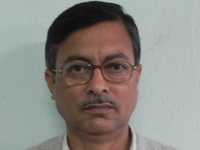 Badaruddoza Khan is the CPI(M) candidate for the 11- Murshidabad Parliamentary constituency. Sixty year old Badaruddoza Khan is a science graduate from the University of Calcutta, who has also a B. Ed from the same University. He was one of the principal organizers of the DYFI in Murshidabad district in his younger days. He joined the Gudhia High School in Murshidabad as a teacher and was devoted to the all-round development of his students. He joined progressive teachers’ movement in the state and fought relentlessly for the rights of the teachers and for the qualitative development of education. Badaruddoza played a useful role in the process of democratization of the education sector during the tenure of the Left Front government in the state. He also worked as a member of the West Bengal Board of Secondary Education between 2007 and 2012. Badaruddoza led the teachers’ movements in Murshidabad district and went on to become a state level leader. He is holding the office of the President of the West Bengal state committee of ABTA since 2012. After joining the CPI(M) in 1979, Badaruddoza Khan became a member of the Murshidabad district committee of the Party in 2001.