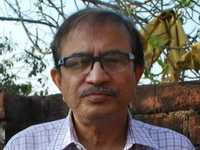 Dr Abul Hasnat is the Left Front and CPI(M) candidate for Diamond Harbour. A surgeon by profession, he is viewed by the people of villages and slums in Diamond Harbour as the most dependable and available doctor. He is involved in several charitable activities and is currently a central council member of Indian Medical Council. Dr Hasnat holds MBBS and MS (surgery) degrees. His father was a primary teacher. As a student in 1971, Abul Hasnat was attracted to Leftist ideology. He became a member of the CPI(M) in 1994. Dr Hasnat was elected to the West Bengal Assembly in 2006 from Magrahat West constituency.