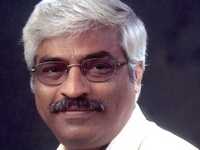 Dr. Sujan Chakraborty is the Left Front nominated CPI(M) candidate for 22-Jadavpur Parliamentary constituency. Presently he is the secretary of the South 24 Parganas district committee of CPI(M) and the secretariat member of West Bengal state committee of CPI(M). Sujan Chakraborty was a member of the West Bengal Legislative Assembly from 1998-2001. In 2004, he was elected to 14th Lok Sabha. He was a member of the committees of the ministries of Human Resource Development, Science and Technology, Environment and Forests, Agro and Rural Industries and Small Scale Industries. By training he is a biomedical engineer and has conducted research on a tumour marker at the International Cancer Research Institute in Greece. He completed his graduation and post-graduation in the pharmaceutical engineering from Jadavpur University. Later, he has completed PhD from the same University. Dr. Chakraborty was awarded the "Acharya Prafulla Chandra Roy Gold Medal" in 1999, conferred by the Indian Pharmaceuticals Association, Bengal Branch. He was a member of the Court of Jadavpur University between 1994-1998. He was Chairman of West Bengal Pharmaceutical and Photochemical Development Corporation Ltd. from 1997 to 2003, the Chairman of the Infusion India Ltd. from 1998 to1999 and the Chairman of the West Bengal Rural Energy Development Corporation Ltd. for the period of 2004-2007. Dr. Sujan Chakraborty is involved in various social and cultural activities like Paschim Banga Bigyan Mancha and All India People's Science Network. He has visited Bangladesh, Cuba, France, Greece, UK and United States to attend meetings and conference. He was the editor of Chatra Sangram (Students' Struggle), the Bengali organ of the state committee of the SFI. He also served as the Secretary of the state committee of SFI and later, as General Secretary of SFI Central Executive Committee. He was a member of the state committee of the Centre of Indian Trade Unions. Turning down the prospect of a lucrative professional career he has devoted himself in the struggle of the toiling people. Dr. Sujan Chakraborty is also known for his skill in debate and oratory from his college days. He has always lent his active support to various social and mass movements. In contemporary period he has been a leading face to stand firmly beside the movements against corruption in teachers’ appointments and organising the people who have lost their hard earned money to the scams of TMC-backed chit funds.