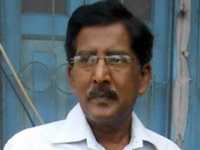 Dr. Kamre Elahi is the Left Front nominated CPI(M) candidate for the 42- Birbhum Parliamentary constituency. His father is a superannuated primary teacher. Now in his early fifties, Kamre Elahi passed MD and MBBS. He won gold medal for his outstanding result in medical science. Dr. Kamre Elahi got the membership of CPI(M) in 2001. Presently, he is the member of the Birbhum district committee of CPI(M). Dr. Elahi was elected to the West Bengal Legislative Assembly in 2001 and 2006 from Muraroi constituency. He was very popular for his developmental initiatives as people’s representative. Dr. Kamre Elahi, never used his expertise in medical science for mere financial benefits. The poor people of the district rely heavily on him. He took initiatives for arranging eye operation camp for the poor people. He visits poor patients in his charitable dispensary twice a week. Apart from that he actively takes part in different social organizations.