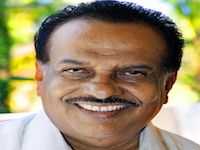 Shri Peelipose Thomas is contesting as a CPI(M) supported independent candidate from the Pathanamthitta Lok Sabha constituency. Till recently he was with Indian National Congress and left the party in protest against its anti-people policies. Shri Peelipose Thomas entered politics through the student movement. He is a graduate in law and is a practicing lawyer now. He was an elected student representative in many colleges student unions and later on was elected as the Chairman of the Kerala University Students Union. A former member of the Planning Board, his role in the Manisankara Iyer Committee which studied the Panchayath Raj System in the country is notable.

Pathanamthitta-Key Issues
Pathanamthitta, the constituency from which he is contesting is constituency which is heavily dependent on agriculture. Under the leadership of Shri Peelipose Thomas people are fighting against the construction of a new airport, violating all environmental rules, in Aranmula.