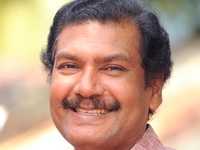 Dr. A Sampath is contesting for the third time to Lok Sabha from Attingal constituency in Kerala as a CPI(M) candidate. Comrade Sampath is well known in his constituency for his developmental initiatives which is evident from the nearly 100 per cent utilization of his MP Local Area Development fund. Com. Sampath started his public career at the age of three in the year 1965, when his father Com. K. Anirudhan contested from Jail against Shri. R. Sankar. In that election the star campaigner was Com. Anirudhan's three year old son, Sampath. Sankar was defeated in the election. During the Emergency period, Com. Sampath was active in organizing Students Federation of India (SFI) and later he became district president of SFI in Thiruvananthapuram and a State Committee member of SFI. Com. Sampath was elected to the Academic Council of University of Kerala and twice to the Senate of the University. In 1995 he represented the Thycaud Ward in the Trivandrum Corporation. Com. Sampath is a postgraduate in Law and he won gold medal for his LLM examination in 1990 from the Govt. Law College, Thiruvananthapuram. Com. Sampath took his PhD in Law in 2013 on topic “Law as an instrument to check traffic in narcotics and drug addiction - A comparative study.”. He is a practicing lawyer in the Trivandrum Bar for the last 27 years.