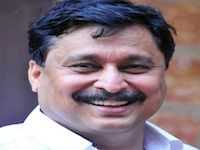 Shri. V. Abdul Rahiman, CPI(M)-supported independent candidate, is contesting from Ponnani Lok Sabha constituency. A native of Tirur, Malappuram district, Shri. Abdul Rahiman started his public life through student movement. It was because of his relentless effort that the Malayalam University came into existence in Malappuram. Known for his secular attitudes, Shri. Abdul Rahiman served as a Municipal Councilor in Tirur Municipality for 15 years. Due to the anti-people policies of Congress and UPA Government, Abdul Rahiman who was with the Congress quit the party and took a stand to support CPI(M) and CPI(M)-led Left secular forces in the country.