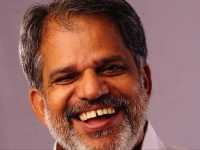 Com. A Vijayaraghavan comes from a family with a humble background. He is a university rank holder in BA in Islamic history which he did from the Government College Malappuram. He did his Law from the Kozhikode Government Law College. An activist of the Students Federation of India (SFI), Com. Vijayaraghavan went on to become the all India President of SFI while doing his Masters in Law. He served as Member of Calicut University syndicate and was on the Governing body of the Kerala Kala Mandalam. He is a member of the Central Committee of the CPI(M) and the General Secretary of All India Agricultural Workers Union. He was elected to Lok Sabha from Palakkad constituency in 1989 and was a member of Rajya Sabha from 1998 to 2010. He has served on various committees in parliament. As a member of parliament he has raised many issues including but not restricted to peasants and agricultural workers, agricultural policy of the government etc. He worked hard to secure a package for the Kuttanad region in Kerala. He led students’ delegations to Russia and China and has visited around 30 countries.

Kozhikkode-Key Issues
Once the capital of the powerful Zamorins and a prominent trade and commerce centre, Kozhikode was the most important region of Malabar in the days gone by. A constituency longing for development Kozhikode is looking for an apt representative.