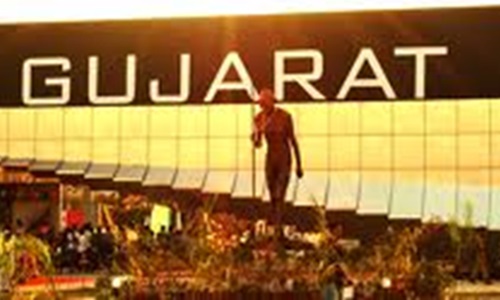 BJP’s Prime Ministerial candidate in General Elections 2014, Narendra Modi on his second campaign visit to West Bengal had underscored few human and social development indicators of Gujarat to claim how it is much ahead of West Bengal. He claimed that Bengal has remained underdeveloped and distressed with the 34 years of Left Front rule, in a tone not very different from Mamata Banerjee before she became the Chief Minister.
Here we discuss some facts which will show how such claims are far from truth.
Education
Two decades after independence the then West Bengal Government was in 12th position among all Indian states with an allocation of 18.38% of the state budget in education. In terms of per capita expenditure in education West Bengal stood at 14th position by allocating Rs.11.71 only. There were 33000 schools at an average of 1 school per 3 villages, of which only 45% were funded by the state government. Other major states including Gujarat had 90% state funded schools with a frequency of 1 school per 1.5 villages if not better.
Today ‘Vibrant’ Gujarat is a 'rich' state with poor educational indicators; Gujarat’s ranking in terms of literacy rate deteriorated from fifth to the seventh position among 15 major Indian states between 2000 to 2008. In terms of proportion of people are currently attending any educational institution, Gujarat’s rank deteriorated from the 21st to the 26th (6th to 10th among 15 Major states) for the age group of 6-14 years.*
The state government run by the Left Front allocated Rs.116 per head in comparison with the national allocation of Rs. 9 as educational expense. Left Front government provided the students of the states with free books and uniforms up to class 5 level, and then extending free education in the state funded schools up to secondary level. The number of students pursuing study at schools increased 200% in just first 8 years of LF government in comparison to the number of previous 32 years post-independence. School drop-out rate decreased to 20% from 70%. In 2001 the national literacy rate was 65.49% and in West Bengal it was about 70%. In 2010 the Gross Enrollment Ratio (GER) reached 99.25% in West Bengal, of which 95% are provided with mid-day meal. The national drop-out rate at school level was 8% where in West Bengal it was at 6%. Gujarat’s score in all these areas are depressing than the national averages.
Employment
In 2011 a report of NCAER (National Council of Applied Economic Research) authored by Abusaleh Shariff said ‘Poverty amongst the Urban Muslims is Eight hundred times (800%) higher than high-caste Hindus and at least 50% among the most vulnerable sections of Hindu community… over 60% of all Gujarati Muslims live in urban areas and they are the most deprived social group in Gujarat…’ (In terms of a series of social and human development indices) ‘…and rural poverty amongst the Muslims is two hundred times (200%) more than high-caste Hindus’. Educationally, Muslims are the most deprived community of the state, ‘A mere 26% reach the level of matriculation, whereas the proportion for the rests is 41%. **
Modi during his second election campaign visit to West Bengal said that Muslims enjoy better access to employment. But the NCAER report says that it is ‘10% lower for Muslims at 61% compared to the Hindus who have a ratio of 71%’ taking work rate participation into consideration as well. Gujarat has higher unemployment rates for Muslims compared to West Bengal’.
‘Muslims barely make it to the workforce in the manufacturing and organized sector in Gujarat. While at an all-India level, Muslims’ share in this sector is 21%, in Gujarat it is merely 13… and West Bengal is at 21%’. In terms of self-employment and small trade, ‘Gujarat also shows a wider gap between Muslims and Hindus… 54% Muslims as opposed to 39% of Hindus are self-employed’ and are exposed to the whims of economic liberalization. In case of West Bengal the gap is much lower, where 53% Muslims are self-employed as against 45% of Hindus.
So it is clear that Modi’s ‘Development Model’ of ‘Vibrant Gujarat’ loses its shine when compared to Left Front government run West Bengal.
Sources:
*The Hindu, Poverty Amid Prosperity, 22nd October 2013
**Frontline, Voice of Victims, 3rd November 2013
Image